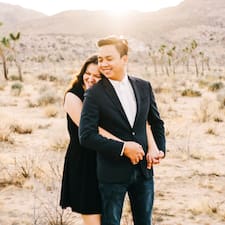 HOSTS, YOU SHOULD WORRY.

Recently, a guest claimed to be part of the party but not the person who books called us to inquire about how to cancel for full refund. Of course, it's a couple of days before arrival. When we explained our strict policy, of course, the guest then mentioned they're feeling sick and they would go get tested but likely results won't be back in time.

Less than an hour later, Airbnb notification shows the reservation canceled for a full refund. A rep then calls to explain that the guest (who name did not match the person who books), called to cancel and refund. When we pressed the rep she admitted a refund was given due to the fact she experienced COVID-19 symptoms. We explained we just spoke to the guests, and the guest said they will get tested, not knowing when the result will be back just less than an hour ago, the rep then lists what the symptoms are...we explained policy is pretty clear; refund after March 14th is only if the host/guest has confirmed COVID-19. The rep explained, not true. they can refund based only on symptoms. We asked to see this policy which, of course, she has trouble providing. We also confronted that she admitted this person was the one booking, how can she be the one who canceled. We asked to be put on hold to see this policy and we were on hold for 2.5 hours.

We called Airbnb back using a different phone to let the new rep hears that we have been holding for 2.5 hours (Airbnb music in the background). Long story short, the new rep also can't provide details and only then sent an official cancellation email (standardize template that didn't even fit what we spoke about). The rep did admit the circumstances are strange. He also admitted that someone who didn't book cannot cancel. Also mentioned that no rep can put you on hold for more than a few mins...which concludes that the "on hold" was a way to get rid of us by first rep. He asked us to hang up because he is sure no one will ever get back on the call.

Final scoop, rep admitted they can decide whatever they want so we're out of luck. However, we do believe this is a cover-up for the real issue that they are avoiding - which is anyone can call to do what they wish as Airbnb do not verify guests.

The case has been "escalated" since Feb 3rd. It is now Feb 11th and Airbnb has not responded at all. Pretty obvious policy is non-binding for Airbnb and hosts are ignored. @Katie Perhaps you can tell us why we are being completely ignored?

The reservation can only be cancelled under the "COVID extenuating circumstances policy" if the guest is sick with COVID-19, as mentioned here:

But this page (for guests):

also mentions "documentation must be provided".:

If you're sick with COVID-19, you can cancel under the policy regardless of your reservation details by contacting our community support team. You'll be asked to verify this with documentation.

I haven't expected anything else from their new amended EC-policy.

Business as usual = host under the bus.

Same answer as mine, but in more straight forwarding words

In terms of proving that a guest has COVID You've quoted upstairs:

As it looks the only documentation that is required is to do some coughing on the telephone. This clearly favours smokers while non-smokers are being discriminated in the cancellation procedure. I'm afraid airbnb didn't consider this when they implemented this policy.

@Esther-and-Tuan0  Many thanks for this alert. Maybe a split the losses outcome would be fairest in these situations? Has this been decided against you and you've lost the full boking fee? 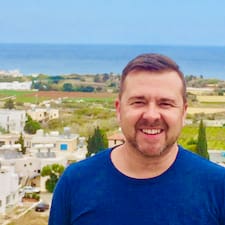 @Esther-and-Tuan0 why are airbnb not insisting that the names of all guests booked to occupy the property are disclosed to the host. It is far to open to manipulation by individuals. I understand that people will chop and change who they are bringing with them and no policy is 100% tight, but there does need to be a level of protection for the host.