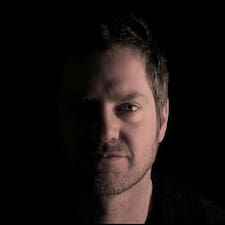 I just had a mentally ill guest who stayed for a week. She was very respectful and quiet but when she left I received a disturbing message about how her shoes and a lid on her food were slightly moved. She then when on to say I said bad things about her and that I should have respected her.

First off, no one was in her room. I do not go in guests rooms and my security cams show no one trespassing during her stay. Plus the doors are locked. Also, I never had any sort of interaction with this guest. She pulled up once when I was out front and she did not get out of her car until I went in the house.

I'm assuming she has some sort of detachment issues that trigger mental illness. A couple other hosts have mentioned her 'questionable behavior'. She gives hosts 1 star reviews with false accusations such as: "shady people lurking around the house". It's apparent the way it's worded that the review is written by a mentally unstable person.

I called airbnb after she left to alert them of this person's odd  behavior and to see if I could warn other hosts somehow. They asked me what I wanted them to do. I was calling them because I did not know what to do... They did say I could object to a review that I felt was questionable so it is looking like I have to through this process.

The thing is that this person was a great guest, despite the disturbing message. However I think most 'normal' hosts (not inner city types like myself) would be very frightened by her message. I was at first concerned she was back there with a knife or gun, since she heard voices that "I was saying bad things about her". Then after viewing her in security cams, etc. I am likening this person to the sort of mentally ill you see wandering around the city. Not to say there is no danger, but most likely a very disturbed person. I feel bad for her.

Also, she requested that she books a month. I said there was already a booking for a couple days in the month, and she responded with an "OK, thank you". Its clear she is trying to get squatting rights. This person then created a fake profile with a different name and put in a booking request. I knew it was her because the text in the message was identical and the profile photo was mysterious, it was just a black dot. After a few days, the request was cancelled by the guest. I mentioned this to airbnb and I am surprised they did not even look into it. There is now a legal risk involved that I guess they are ok with.

Has anyone else dealt with a mentally ill guest, or a guest who straight up lies and you gives you a low review based on delusions? Airbnb clearly does not want to be bothered with this sort of thing. So we have to protect ourselves as host. I feel bad for this person and may actually host her again as a way to help, but I am concerned about getting false bad reviews and of course the squatting attempt, as weak as it was, is a big concern. For now, I will leave a very honest review. It sucks because airbnb's lack of willingness to handle this sort of situation means she will not get hosted because who wants to risk a bad review.

With all the employees airbnb has, you think they would have a solution for this since its not uncommon (look at other posts).  One solution could be a message to hosts that they will be hosting a mentally ill guest and that hosts can flag reviews that are false for review by airbnb, while they considered the special situation. I just came up with this. Maybe I should be getting a $250k a year salary!

@Robert375  Is this the guest who left the review of you that just says "Good"? If so, there is no reason to have the review removed.

When you are dealing with the general public, you will encounter all sorts of guests. There is no way on earth that Airbnb would tell hosts that a guest was mentally ill- are you serious? They have no authority to label a guest's psychological state, it would be totally discriminatory.

You seem to have ignored this guest's previous reviews and the ratings she left for other hosts, and accepted her anyway, so it's rather unfair to now complain about it.

So what if she sent you a delusional private message? If it were me, I would just have messaged her back something like "Hi XX, I'm sorry you were under the impression that your things had been moved- I can assure you that no one entered your room during your stay- we always respect our guests' privacy.  Nor have I said any bad things about you- you were a quiet, clean guest, so I would have no reason to do such a thing."

I don't understand you saying you'd host her again to "help", yet are complaining about her behavior, her message, and think she is out to get squatting rights. You aren't a trained therapist, I assume- you can't "help" her.

And I really fail to see what sort of "solution" you were expecting from Airbnb, other than your suggestion that Airbnb tells hosts that a guest has mental problems, which would be highly inappropriate.

The way other hosts get warned about problematic guests is by the reviews they receive. It's up to you to heed those reviews or not.

@Sarah977 We are very different people!

We pay Airbnb to be on their platform, they do not pay us, the guest pays us. So Airbnb works for us. The agreement says they are to do a verification. Well, at least one of their verifications is false, they know its false at this point, yet they do nothing. I think this is a violation of the agreement and morally wrong not to have a system in place for this sort of thing and just let the hosts deal with it.

This person has a fake 'second' profile and airbnb is not doing anything about it. Its safe to assume the initial profile is also fake. Also, airbnb has been contacted about this person by other hosts and has not done any background checks, etc. Just a verification of a dl, which is potentially fake.

*She extended her stay, so the review you are seeing is her first review.

I would like to be able to avoid guests who make false allegations, whether they stem from paranoid delusions or something else.

Of course no host "deserves" to have to deal with people who leave lying reviews, are mentally unbalanced, treat hosts or their property disrespectfully.

But if someone tells you "This person is a thief, they stole from me", and you choose to ignore that and let them stay in your home anyway, of course you didn't "deserve" to have them also steal from you, but if they do, you willingly opened your doors to them without heeding the warnings. So whose fault is that?

I don't know what you mean by it being her first review (if it's the guest who left the "Good" review). I see 4 reviews on her profile.

Airbnb verifications are simply that they submitted some form of ID. They don't routinely do any background checks.

Certainly guests should not be allowed to have more than one profile, or false ones, but I'm not sure what you think we as hosts can do about that if Airbnb doesn't.

There are tons of things Airbnb should do differently to protect hosts, but they obviously don't care.  You basically just have to regard them as a listing service, which is what we pay them 3% for, and hope you can handle everything on your own, without having to contact them.

I know it's unfortunate not be able to take a chance on someone without being assured that Airbnb will support you if things go south, but that is the reality.

"Is this the guest who left the review of you that just says "Good"? If so, there is no reason to have the review removed."

I'm just going to end with this quora quote from a hotel owner as to why they ask for ids.  I expect airbnb to act the same, if they are not already legally liable to do so. Sure they only take 3% from us but then they take up to 20% from the guest and this greatly effects what we can charge - it is money indirectly coming out of our pockets so I expect them to simply 'do the right thing' when it comes to their end of the deal.

"First off, we are entering into a contract with you, agreeing to rent you a room for a specified period of time. We want to verify you are who you say you are.

If you do repeat business with us, we want to make sure you are recognized and give you upgrades and other perks to thank you for your patronage.

We want to identify people who may have ill intentions at the hotel and keep them from renting again, or otherwise ensure that we can hold them responsible for their actions.

We consider it a responsibility to monitor for Amber Alerts, those who have escaped from prison, and other ‘Immediate Threat’ issues."

*note: I have been an airbnb host for ten years so I know what to expect and what not to expect at this point.

@Robert375  This is one reason why many hosts require guests to show ID when they check in- because Airbnb can't be relied upon.

Thanks for clarifying the review thing- it was confusing to me. But if she cancelled the second booking before check in, why do you think she'll be able to leave another review? Did she cancel less than 24 hours prior to check-in?