Other users using your email (Security and Reporting Fraud) 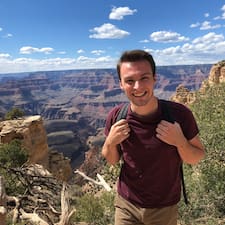 I'm concerned that there is no way (that I am aware of) to report possible security breaches or people fraudulently using your digital identifiers, email handle mostly, to make an account. My partner and I have been confused about what seems to be somebody falsely using her email to draw out and abuse Airbnb and its hosts and there seems to be no way to notify Airbnb that something is amiss.

Starting in May, about 3 months ago now, my Partner started receiving emails on an email that she has never associated with an Airbnb account. Somebody seemed to have made an account linked to her email and was contacting hosts about staying at their Airbnb. Within the first month, several requests for multiple day stays at multiple different locations had been applied for and payed for in part, each transaction being well over $1,000. It seemed liked fishy activity, but after scouring the Airbnb website there was almost nothing for reporting the issue. That issue specifically being that somebody other than yourself had associated their account with your email. We also checked to make sure that the emails were legitimately Airbnb and not some sort of phishing scam impersonating Airbnb but decided that the email handle and links were all valid to Airbnb.

After a month, it seemed like whoever was using the wrong email had actually stayed at one Airbnb as my partner received requests to rate her stay. Shortly after, there was another round of email notifications indicating that they were inquiring to stay at different places. This initiated another hunt for a way to report fraud but nothing came of it.

The cycle repeated itself one last time in the past couple weeks, and this morning we received an email that the host of the most recent stay was requesting $555 in reparations for damages during the stay warning that they were not allowed to bring a dog they apparently brought. We called Airbnb to try and warn that the fraudulent use of this account could have been avoided if somebody would just listen to the issue but were hung up on by Airbnb support because "they were only taking phone calls for reservations".

What should be done??? Anybody that receives Airbnb emails about things that they themselves did not inquire about should be able to easily report a fraudulent account. Doing so would be important to stopping possibly ill-intentioned folk from obtaining reservations and harming the property and status of hosts!

Re: Other users using your email (Security and Reporting Fraud) ok so... seems like only emails are being sent saying it is 'airbnb' guests... do you have confirmation through the actual airbnb site that says they are booked? these emails seem to be a scam and trying to upset you or get you to pay money to a scammer. if you are not receiving booking through the airbnb app or site i wouldn't worry about it. if someone is indeed hacking into your actual airbnb site i would use a two factor authentication, change password, etc.