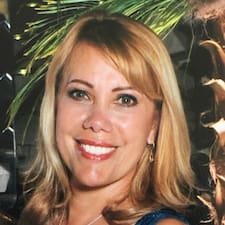 I repeatedly have potential guests requesting specific dates for a possible stay. My calendar specifically has all available dates and those days that are not available.  In addition, some potential guests ask questions about driving distances to relatives, sporting venues, and beach locations.  In both instances, this information is readily available, either on the Airbnb website or through Google.  Sounds a little strange.  Anyone else experiencing this?

@Ana-Cecilia4  Most these questioning potential guests have not read the listing completely.  When considering several different listings, many guests will send the same questions to several hosts.  When I have received these type of inquiries, I actually use these opportunities to evaluate whether or not the guest will be a good fit for my listing and establish a rapport.  I gently direct them to the listing and offer to elaborate if the listing information needs further explanation.The good ones usually apologize for asking a question that is covered in the listing while the annoying ones will ask another question, usually reflecting poor communication.  😛

@Ana-Cecilia4  I don't get as many of those kinds of questions on Airbnb as I do on VRBO, where in almost every case, when someone asks if certain dates are available, they turn out to be scammers.  A couple of weeks ago I got one of those inquiries and answered very briefly, if not abruptly.  It turns out the guest had been burned by hosts who had not kept their calendars updated.  I explained my brusque reply by saying I had been burned by scammers, and we had a friendly exchange.

As for the driving direction type questions, the things I want to say - "Not your travel agent!" or "Let me Google that for you!"  https://lmgtfy.app/ - are not the things I do say.  I had a guy coming with his wife for two weeks this summer.  Because of Covid restrictions, he had a lot of questions.  Finally he wrote and wanted to know the best places to go bicycling on the Peninsula.  I really wanted to smack him around a bit lol but I researched and found a biking site with recommended routes and sent him that.  Long story short, he and his wife - who were both first responders/essential workers and very badly in need of a vacation - wrote one of the most beautiful reviews I've ever gotten.

Some people have a lot of anxiety about travel and express it in different ways.

Sometimes a hosts' directions are much better than Google maps or anything like that, it's not always a matter of the guest not bothering to do their own research. The host knows if what appears to be the shortest route may not be due to traffic, poor road conditions, etc.

I once caravanned with another gal from the US/Mexican border down into Mexico. We were both coming from the same general area, but we each had different things we wanted to do along the way, so we were meeting at a motel at the border. I told her what route to take, as I'd made the drive many times. Instead she followed Google maps recommendation, which took her hours longer, through mountainous terrain, her cat projectile vomiting the whole way, and leaving me waiting for an extra half a day.