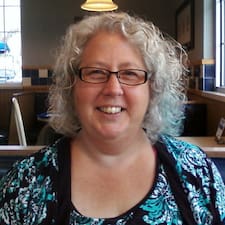 I recently experienced having a young woman defame my character, play the victim, flat out lie about my listing and leave me a retaliatory all 1 star review for cancelling her 2nd reservation after I had already told her the room was not available (I am listed on multiple "free" sites).  Her first stay she brought a 2nd unregistered male guest into the house after midnight when I had gone to bed.  I went through the proper channels to cancel her 2nd stay yet for some reason she was allowed to leave 2 reviews while only staying 1 night.  1 review has been removed but I've maintained a copy.

My SuperHost evalyation was scheduled for 10/15 and I was at a 4.9 rating; it has now been moved out to Jan 2019.  My private rating is now dropped to 4.3, my public rating is showing 4.7 - IF you could see it, her first (scathing) review is still posted, but my response has been removed.

To add insult to injury neither of my room postings are currently showing in the search results.  I have nearly 50 reviews, (I have a current guest and 3 upcoming checkins which will bring it to 50).  In October I made almost $900 in happy guests and enjoyed most of them.  I had a couple fast checkins-sleeping only who didn't want to socialize/it's not required but that's what I enjoy most.

This is my 2nd retaliatory review since I started hosting on Air BnB in 2016 and neither one of them have been handled well by Air BnB.

I have very few choices.

Move my hosting to Hostelling International and other sites is one of them.

Contacting a lawyer to sue both Air BnB and the guest for defamation of character and financial loss is another option and the longer my listings are down, the more likely this is becoming; I'm a member of LegalShield.  I have been trying to be gracious, but my patience is wavering.

I am the victim here, not the perpetrator - but I'm being treated like I did everything she accused me of.

I have learned - Air BnB values guests over hosts; which is ironic because if people aren't willing to host their entire business model crashes.

Not looking for advice, just throwing my hat in the ring to say - it's not fair.  I did everything according to the rules presented to me.  I treated my guest fairly and I am honest in both my personal interaction and the listing.  I was accused of being racist - which I am absolutely not.  A high school friend had this to say (shared the reviews and all of the communications as well as my commentary with friends on FB and to preserve for potential litigation, and which is now hidden).

Kaye about my guest using the race card:  "Maybe she shouldn't play cards at all. 🤨 Dev doesn't play those kind of cards and she never has and yes, I understand."

I have dated people of other ethnic backgrounds; I frequentily have people of color in my home and I've nearly adopted a child from another race.  I recently moved into a very diverse neighborhood and have made friends for blocks around.  (I digress)

There was a valid issue with an odor in the house that I addressed as soon as it was brought to my attention - she of course magnified that - even though I don't think she noticed until it was brought to her attention.  If she had fairly docked me on that issue, I would have no argument to present.  She was held to the standards governed by Air BnB (about the other guest, refused to cancel her 2nd reservation or approve a 2nd guest change) and she threw a spoiled brat hissy fit which has so far cost me about 2 weeks reservations.  There were 2 other guests in the house in the same time frame who both gave me favorable (honest) reviews.

We'll see if Air BnB does the honorable thing and reposts my listings.

Be wary hosts...you put everything at risk.

Re: Retaliatory reviews and Air BnB Responsibility to Hosts 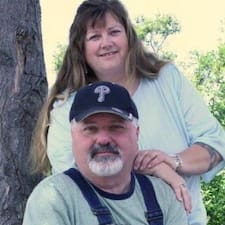 Hi Deveri:  i’m sorry you got hit with one of the “entitleds”. I have been there myself. We all have angst over these bad reviews, especially when there’s only a couple of them. I read through most of your reviews and your responses. I wouldn’t worry about it too much. Your good reviews far outweigh the bad. If I may, I would make a couple small suggestions. It’s generally not a good idea to bring up in a public review what feedback was given to you in the private comments. I have made the same mistake myself.  The only other thing I was suggest is to update your photographs. A couple of them are out of focus, a picture of the kitchen without dishes in the sink might be a good idea. And I would make it clear in the pictures which areas are shared. To me it’s simple logic and common sense that if you’re in a shared home only the bedroom would be private. But as we know, common sense isn’t common anymore.

I have also had to deal with Airbnb customer service and not been very satisfied. In my opinion, the fact that they take more money from the guests in service fees that they get from hosts negates them from being a neutral arbitrator when there are problems. They are going to favor the side that they make more money. I am also of the opinion that there should be some people customer service that are a little over 25-ish. In fact along with the feedback that I give regularly  via their feedback channels about the star rating system being  ludicrous,  I am going to start suggesting that they need to get some people working in customer service that are older, in the 35 to 60 range. There’s no way these young people understand what we put into our homes when they generally don’t own property themselves. And because generally speaking, the people that are being complained about our in their same age group, it’s my opinion that they are going to side with them because they think us “old people“ are unreasonable.  Just keep doing the good job that it is obvious you are doing. The fact that you are upset over this and Warren should review shows that you’re trying to do your best for your guests want to give future guess the proper impression.  I hope my empathy in someway helps. Have a better day tomorrow!

By by the way,  The fact that I was able to look at your listings and reviews shows that they are available.

Re: Retaliatory reviews and Air BnB Responsibility to Hosts

@Deveri0I can feel your pain because I had same retaliatory review. The reason was that I declined the guy's unreasonal offer for a long-term rental lease out of AirBnb after he stayed for about a week through AirBnb booking. I also learnt a lesson by accepting his booking because he had two other bad reviews from other hosts out of his four reviews. I realized that Airbnb has three major issues in their platform

(1) Lack of screening of guests. Anybody can register and make a reservation. This has great potential risk to hosts because hosts have the property listed publicly and most of time they live on the property as well.

(3) Airbnb does not enforce house rules and sometimes even encourage or help guests to break house rules. Just give one incidence occurred recently to me. I have strict cancellation policy. One guest canceled a booking two weeks after. She called Airbnb and requested full refund. Airbnb strict cancellation policy is only refund 50% in this case. But Airbnb customer service called me and asked me if I could give full refund. A rule is a rule. It is very simple for an Airbnb customer service rep to say NO because it breaks the rule if a full refund is given.