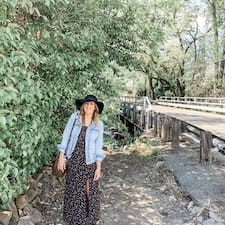 Has anyone experienced this or something similar? I’ve gotten 3 requests for either a month or almost month stay in January but none of them have followed through.

The first one sent a request to book for her associate but inquired about how far my condo was from the office and wanted it to be fairly close. My condo was 7 miles away from the office location, but the guest never completed the booking and stopped replying to messages.

Then a got a month booking for a girl and her coworker that are flight attendants and attending a training. She asked for a discount and I agreed, told me she was going to book and would do so the next day, then never booked and stopped responding.

My final request was this week from another flight attendant but her payment didn’t go through. I let her know and she said she would transfer payment and resubmit. She never did and the time period expired so the reservation was cancelled. I reached out to her to let her know and that the dates were no longer blocked, and now she’s asking me to keep the dates blocked until tomorrow night, that she’s on a trip and doesn’t have her card with her. She ever offered to pay an additional fee to hold it.

@Jessica1378 Note that there are  ‘Request’ and ‘Inquiry’. An inquiry is just a question, which only requires some sort of response from you within 24 hrs. Many guests send inquiries and never follow up. With requests, the guest wants to book and that requires you to accept or decline within 24hrs, before it’s finalized. It’s not generally advisable to hold dates for a guest, especially when they are having issues with payment.