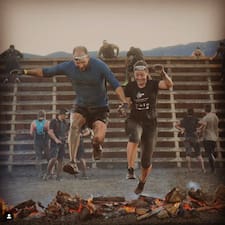 We've had two issues with how the response rate is calculated. Just wanted to let others know this is an error on the Airbnb platform and not a lack of responses from hosts.

1. We received an inquiry that looked like spam. We immediately marked as spam and contacted Airbnb Support to let them know. The inquiry disappeared from our inbox once it was marked as spam. A day later, our response rate dropped. We again contacted Airbnb Support and they said we had not responded to the inquiry by either accepting or declining. However, we couldn't have done this if we wanted to because it had disappeared from our inbox. Airbnb Support provided no solution to fix the drop.

2. We received an inquiry and within just a couple of minutes we received an instant booking for the same night. We went back to the initial inquiry and we were unable to respond because it had already been classified as "not possible." It gave us no option to accept or decline. And the next day, our response rate dropped. Again, we have received no support to fix the inaccurate response rate.

Hello all. Have any of you had any news on this?

I attended a couple of 30 mins webinars this week from the South Europe Support team adn I had a chance to drop in this question about the role of the fake-spammed inquiries on response rate. Federico, from that Support team suggested that we reply to all inquiries, even fake ones - and report them too - as indeed there have been counted in as inquiries.

Yet, the writeen replies I have had from HELP was that the fake inquiries are not counted in as inquiries! 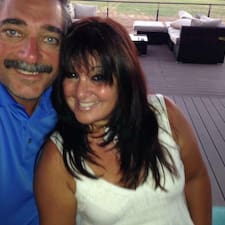 Some CS are clueless but another ones recognized the glitch

please go to Response Rate dropping. Where you will find more complaints

@Konstantinos0  They are talking about hosts' Response rate to Inquiries and Booking Requests. Which lots of hosts found was dropping daily in spite of the fact they were answering all messages in the allotted time. It is some sort of Airbnb tech glitch.

@Sarah977Thank you! I have found it , there are lots of issues reported.

I have had a long going process with CS in reporting these spamming inquiries been counted but eventyually they pass me over, report the issue to the technical team and never ever is something done! I continue to experience this issue and I cannto be heard! What can we do as hosts?

@Konstantinos0  If you get a spammy inquiry, answer it, not just report it as spam. You can just message back "No" or " Your spam inquiry has been reported", or whatever you want. The point is to respond to the message so your response rate isn't dinged.

Thanks @Sarah977 This sounds simplistic, yet there are several implications.

1. It excuses Airbnb for throwing at us fake inquiries that they cannot control. They need to fix this issue, they are a public co with a  huge financial muscle. We make them a lot of money, for them to not be able to address the issue!

2 . I have found out that at times, these spamming inquiries, are hidden from my inbox, they can only been seen from the welcome-control centre page. I suspect that this is due to to the fact that Airbnb can figure out that some fake inquiries come to me, so they put them aside, that is the only conclusion i can arrive to, YET, these inquries remain non replied to and still affect the response rate.

3. At times, the computer generated spamming inquiry uses the same name (example Rosa) for two different inquiries. So in the past i have responded to the first inquiry of Rosa asking her to stop spamming, yet the second request I have not replied to, thinking is the same Rosa. I only found out that there are were different spams, when I insisted over the phone, that each inquiry be reviewed with me, as I was going mad, trying to figure out which ones I had not responded to.

3. I have been advised by Airbnb to immediately report these spamming inquiries. When I do this (by marking 'report the user' ) the inquiry gets deleted and as I have been told it is not counted in the calculation of the response rate, yet, analysing oen by one all the inquries and the ones I did not respond to, I found out that the later is not true. Even these inquries are counted and Airbnb is not taking owneship of the issue.

4. When these inquries are removed from the inbox a non avid Airbnb host wont be able to see them and know that they have counted in the low response rate.

No matter how you look at it, Airnbn is at fault and has not cared to find a solution, even temporarily, by allowing manual corrections to reponse rate, when these fake inquries are reported.

@Konstantinos0  Agreed. Airbnb has so many things they need to address instead of causing hosts all this unnecessary time and stress. And they don't seem to care at all.

Airbnb has an Advisory Board and a new board member is  @Omar202  let us welcome him and hope that the Board can contribute to solving this grave issue affecting the hosts. Perhaps Omar can direct us to the board member looking after the USA and Europe. #HostAdvisoryBoard

This is the worrying thing @Sarah977  They appear religiously non flexible, sticking to a cult like  lingo, where the technology team is the only team that can fix things and to be reported to, yet that team never comes back to CS, or CS never comes back to us. I also know that CS people are trained - again  a cult like approach - to not leave HELP inquiries open for more than 24 -48 hrs or else theiur incentives go down (so they get penalised),as a result these CS agents, will do everything possible to rush you off and often they will send a standard lingo resposne or a link to their site, hence not solving the real issues. But as long as they do not allow us to rate them on variuous issues - as the guests rate the hosts' performance - the quality of their service to us, is not reflected on the performance of the CS, technical teams etc. Poor management to say the least 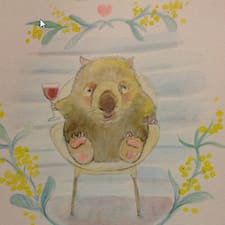 Unfortunately this is a perfect example of the glitches in the way that the Airbnb hosting platform has been set up.

In my opinion, too much time and effort has been directed at styling and rearranging the way that the  site presents to hosts and guests, instead of putting more emphasis on attending to the dysfunctional aspects of the website. These type of  errors need to be prioritised, not put on the to-do list.

An example of a  less favourable website development  is the  changes which prioritise my hosting stats coming up as the default information I receive when I open up my hosting page to reply to a guest email or enquiry. I find it annoying to be constantly directed to analytics, when my priority is to first deal with guest enquiries.

Analytics are what I would choose to look at after dealing with the immediate tasks related to managing my guest experience: not something that should delay or block access to my everyday hosting tools.

I would also express my particular annoyance at having a summary of upcoming activity, which tells me next to nothing and therefore requires me to select and click through other sections of the site to eventually end up at a more detailed list summarising all my upcoming guests and reservations.

I feel like the newer developments put pages that I don't want, in front of the pages and tools that I do want!

Overall, the guests are still pretty good though,  [:)] even if there appears to be a similar trend towards, saying next to nothing about themselves and the purpose of their travel.

Always respond to an inquiry (which means: sent a message).

Even it is marked as "not possible" (dates not available anymore), you can still respond.

Decline or pre-approve is not an obligation on an inquiry, just answer with something.

(BTW a booking request must be declined or accepted, within the time limit)

Hosts shoiuld not be required to reply to fake - spamming requests, so as to keep their respiose rates! This is ridiculous and Airbnb has plently of technology brains to create algorithms  that deduct these fake inquiries from the nominator of the calculation equation, when these spamming inquiries are discovered or reported. There is no excuse really. More so, when CS sweeps the problem under the carpet and sends you standard lingo on how to deal with spams, while closing the CS tickets so that they are not penalised for keeping them open longer than 24 hrs. Disgraceful of the company to do this! 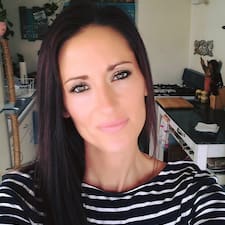 Both of my listing suspended for no reason 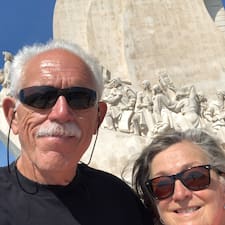 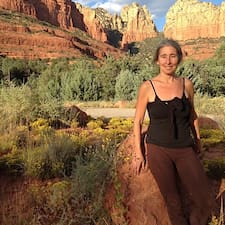 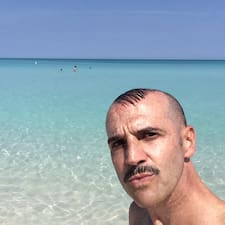 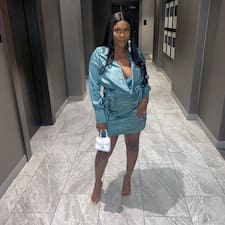 Looking for a Co-host? I am her!