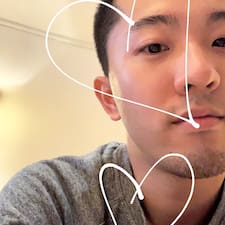 Had the worst experience on Airbnb since I joined from 2017.

Paid 580 pounds for 10 days staying at a single room in Gordon's apartment, shared kitchen and bathroom. but I have to move out after 2days. During my stay, he doesn't care about what I feel. he has so many rules to follow, If I did something slightly of his wish, he can be furious and mean as he wants to be.

The WORST part, last night, He accused me of locked the front door of the Victorian House.  AND YELLED AT ME " I WILL THROW YOUR STUFF ON THE STREET, ON THE MIDDLE OF TONIGHT",  "YOU **bleep**!" "THIS IS MY HOUSE". I was deeply threatened and insulted by him who was a psychic professor from Oxford. I got a personal attack which led me a panic attack for two hours that I felt so unsafe staying at his place. The reason was, the night before, he forgot his keys in the kitchen. And he called me while I was having dinner with my friend. He didn't clearly communicate what he wanted, and I went back to open the door for him at 11 pm. He imagins that I was trying to lock him out from his place.

He is an insecure and sensitive guy and his abusive behaviours are not TOLLERENTED.

The rudest host ever for me, I don't want my experience to happen to others.  If you face this similar issue, I suggest:

2) Gather all the evidence you have

Hello @Qishen0,  I am so sorry to hear about this. I will pass this on to the team, however, I highly recommend that you also contact Airbnb.