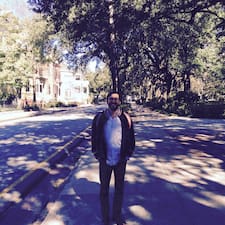 I’ve had too many experiences where I’m harassed by a guest and airbnb does nothing to help, forcing me to chose between losing the reservation and payment or accepting the harassment. This is not ok.

I’ve received threats, name calling, telling me how to run my business, property damage, etc… it’s been years since I’ve been properly supported by Airbnb.

The most recent experience was a guest harassing me for FIVE (5) hours until I called airbnb to ask them what to do, they told me to ask them to stop communicating with me and, if they continue to harass me, to report their profile. They did not stop harassing me so I reported their profile. The next day, the guest was issued an “alteration approved by host” based on “cleanliness issues”. I was not informed of these issues, I was never contacted by guest nor by airbnb rep, and I certainly did not approve an alteration request.

Now this is where it gets interesting…

I called back to overturn the case, they decided that the guest’s proof of cleanliness issues was “flimsy” and they didn’t agree with their case, however, they UPHELD the refund to the guest because - you guessed it - I asked them not to respond to me. They said I “essentially cancelled the reservation when I asked them to stop communicating”. I explained that I was told to do that. Their answer was “I’m sorry that the airbnb rep didn’t inform you of the consequences of saying that”. This is highly concerning.

The result is that airbnb has created a situation where a guest can lie and harass a host WITHOUT penalty so then the host needs to decide between:

A: Accepting harassment and constant messages, phone calls, and texts from guests,

This is very unhealthy. Furthermore, AirBnb has created a loophole on how to circumvent a cancellation policy. All you need to do as a guest is harass the host until they ask you to stop harassing them and then you can cancel for free…

As a host you seem not be able to stop guests harassing you.

Just tell them to shut up or leave !

I have never been harassed by guests, so i am astonished how it is possible you can be harassed for 5 hours (!) by a guest.

BTW i noticed you are starting over again, as it is also discussed here already:

@Stay-At-My-Place0  Sorry this has happened to you, but while I know that some guests can harrass hosts, that you indicate that this happens a lot is strange.

You have an awful lot of reviews that say the place is dirty and moldy, the bed creaks, and things didn't function properly. Perhaps what you consider harrassment is guests expecting you to deal with issues you would prefer to ignore.

Your listings indicate that you are shouldering a heavy work load.

Perhaps you need an assistant?

@Stay-At-My-Place0 Based on your recent review below it is very difficult to know what to believe here although when you have properties averaging below 4 stars..........

Jones Garden: Savannah's Finest
August 2021
DO NOT BOOK this place! I am nervous writing this review because I know I am going to get an aggressive reply from the host, but I owe it to anyone booking this place (or who has already booked it). Myself and my friend, both females in our early twenties, booked this place for a girls trip to Savannah. The nightmare began being unable to get into the BNB, and the host not assisting. By the way, the lockbox code is a generic SAV, so that scared us for our safety from the get go. Then, we got inside and found black mold in the bathtub, molded shower head, and dirt and grime in the bathtub. Trying to put this aside, we were just going to go to sleep, but when we pulled back the bedsheets, we found hair (I understand just a bit of hair) but this was a lot of hair, and DIRT in the bed, with a $70 cleaning fee, this was absurd. We messaged the host to share these issues and were told by the host he refused a refund because they were "minor cleaning inconsistencies" *black mold is not minor*, and he said he would be blocking me and not speaking to me the rest of the trip. With this level of aggression, in fear for my safety and my friends, we left the BNB (were not even there an hour), and went to a hotel, having to cut our trip short by three days, and even though we were not in the BNB for more than an hour, the host will not give us a dime back, and AirBNB is of no help either (I will never be booking via AirBNB again). If you think my review is dramatic, go through the profile and read other reviews, there are others who have not stayed for their entire booking due to the same issues, tons of people mention the lack of cleanliness and difficulty using the lockbox. Others mention the fear for their safety. Please, do a deep review. AirBNB filters out the bad messages from the top, so you have to dig (this was our mistake). Look at my profile - I have all 5 star reviews, until this person. I really hope this review can help save someone from the terrible nightmare my friend and I found ourselves in - crying, terrified for our safety, trying to get out of this place as fast as we could
1
Reply
Loading...
Join the conversation