We had set smart pricing to have a minimum price of £65 per night so were horrified when an Instant Book reservation came for 9 nights at £310 total.

I spoke to Customer Support and was told

I then chatted with a support ambassador who typed that he would pass it to a case manager and promptly closed the chat - no idea what, if anything, will happen next.

I guess I am forced to cancel the reservation myself as Customer Support is totally lacking. It is a shame as the guest wants to book with us and I fear if I cancel then they won't be able to. Perhaps I will call Customer support tomorrow and hope I get someone in Ireland as they appear to be more capable than most.

I have also switched off Smart Pricing as it seems to throw up major glitches!!!!

@Nick I remember you asked about people using smart pricing recently - Issues such as this may or may not be associated with smart pricing but as I have never had such a problem before I have to assume that Smart Pricing is at fault.

@Colleen253 We do operate a somewhat random pricing system but the 3% weekly discount should be a constant. It appears to only be the Christmas week that is stupidly priced by Airbnb not us. At least Airbnb Customer Support have stated it is a fault now that there are no bookings to hide the fact that their system is throwing up stupid results.

@Mike-And-Jane0 Ok, I wondered if maybe it was glitch tied to discounts. How frustrating, as many folks appear to be wanting to make Christmas plans NOW, not whenever Airbnb gets around to fixing this for you. It's bad enough having to scour settings daily for spontaneous changes and such, but unraveling a mess like this adds so much more to the mix.

I just checked your listing for Dec 23-30 and found this:

@Brian2036 The discount is 3% and so is quite low normally but clearly very low when the price is wrong.

@Mike-And-Jane0 It is weird that this pricing error is only effecting the week surrounding Xmas and not all dates or weeks on your calendar.

And the answer from support is:

I had apparently set a custom price for the week in question at £70. Sadly there is no way I can prove I didn't set it but at least I am now able to reverse this and get the pricing back to the right level.

Ah well - The joys of Airbnb.

@Mike-And-Jane0 As if you’d give a week away for free during a prime holiday. smh. I guess we now need to add ‘screenshot all holiday pricing in case of glitches that Airbnb will try to blame you for’ to the list of regular, time consuming and exhausting account settings check chores.

And funny, isn’t it, how these pricing glitches always seem to present super LOW prices for guests. Things that make you go ‘hmmm’. 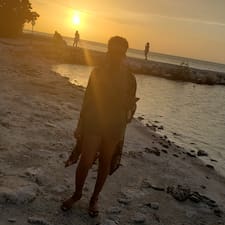 and they keep texting me and trying to convince me that it is because I had smart pricing on.

a few days  ago some one booked for $20 a night, and customer supporting is telling me that there is no bug in the system and it is because of I have smart pricing on.

How ridiculous of an explanation is that.

common sense alone would tell anyone that something went wrong somewhere.

People are so now accustom to hiding behind a computer system rather than take responsibility for their short comings.

Maybe the Computer is filled with holiday joy and feels that the loyal customers deserve a nice Christmas gift at your expense.

Hahaha😊, you know I am very big on the Christmas spirit and spreading joy etc etc… but 2 things… not on my humble expense and secondly, the Christmas season would have ended… lol

But seriously though… they need to stop hiding behind computer systems when they mess up.

in any even the basis tenets of compute ring still exists… that is, rubbish in rubbish out.

AI is only as good as the developers and operators!

The money and loss in earnings is one thing; but I’m big on the principle of the matter.

@Colleen437 was it exactly the same thing as us? That is a week set at a ridiculously low price but not visible when you look at the pricing on the calendar? 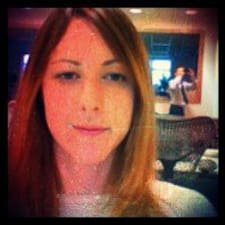 I too have recently experienced an IB come in below my weekend nightly rate - £24 less!

I've checked Smart Pricing, which I usually find favourable, and now when accepting Price Tips it is dropping my nightly rate below the minimum setting!

I don't believe this happened with the guest who has booked at the much lower price, however, there is clearly an issue/bug that needs fixing.

Will Airbnb correct this? Is it worth reporting? If so, what's the best way?

@Sarah327 was the price per night below your min price set in smart pricing?