Suggestions please how to address this

I had a recent Guest who is also a Host ( not Superhost) Instant Book for 2  nights on the same day of his booking with a brief msg of arrival time and nothing else despite my Listing stating it's polite to mention reason for stay etc.

He cancelled both nights despite the fact he stayed 1 night & is wanting to claim a refund of just under half of what he paid for both nights.

He had asked me for an Offline Refund on the grounds he would write a Good Review - In my wisdom I contacted ABB CS about this as it is a breach of there Terms of Service who contacted him to cancel.

He was advised to use the Resolution Centre to make any request for a refund.

He arrived around around 1  hour later than he said he would without any msg to say he would be later which didn't really worry me, however within his walking 2 steps inside my home he mentioned he was cold, has a Heat Pump in his home & if there was a Living area upstairs.

He was wearing a light shirt with rolled up sleeves & had been sitting in the pub for the last few hours .

We are in the midst of winter & most people tend to dress accordingly.

As with all my guests I greet them & give them a tour of my small home & show them how to use the shower etc and offer a cuppa.

I also put the heater on in the entry to the small guest room to heat it up for him.

The bed has a winter & summer duvet on for extra winter warmth.

He wanted the heater on all night which I considered to be an unreasonable request as when one is tucked in bed one is generally warm.

I switched it off before I went to bed & switched it on again around 5am so the place would be warm when he got up.

This guest msg'd me within 1 hour of checking in he now wanted to stay only 1 night & would talk in the morning.

He got up at least 2x's in the night which woke me up.

In the morning we discussed if there was anything in particular he wasn't happy about that I could assist & that he was welcome to have an electric blanket on the bed if he wished.

He declined my offers.

I'd like to point out here I've hosted Guests from the South Island where it snows & is much colder than Auckland who have said it's not that cold when I've offered to put the heater on.

When I was making breakfast I caught him taking photo's of my Living Room which I've expressly kept offline for my own reasons, including my Rights to Privacy & Personal Safety as I am a woman living on my own.

I asked him to refrain from taking photos & he said I should have pictures of everything in my listing!

It's clear he has not read my Listing prior to making his booking & has failed to exercise "Due Diligence" prior to his IB.

I notice he subsequently booked into another ABB which was similar to how he had wrongly expected my place to be.

My listing is as accurate as I can make it.

In the listing options there's an option for 'Private Living' room which is what I & others consider my living room to be - there are no neighbours who can see directly into it & the property is in a private location. I've included it as a 'shared space' with me & Guests are welcome to use ot whenever they want.

There were ABB IT glitches with Listings been changed the week he booked which I explained to him.

His request for a Partial Refund states "H is very hospitable, however sometimes a guest just wants a comfortable warm bed & a nice place to stay & not too much intrusion of privacy".

I saw the guest for around 30 minutes when he arrived & we had a short chat over a cuppa & he had a shower & went to bed.

Is that an unreasonable intrusion of a Guest's Privacy?

I a very aware of one's Privacy rights & always respectful of others, including Guest who walk around with a towel around them in my home.

My reviews have in the majority been very favourable & accurate.

There's comments how comfortable the bed is & how cosy my home is.

With the exception of 3 recent Guests who asked me for WIFI password when I don't provide WIFI - as per the Amenities Option list it's NOT ticked but there's work friendly laptop space & the internet is able to be used in my home on one's own devices, I've tended to get 5 stars for accuracy.

I'm reluctant to refund anything as I had to make initial contact with ABB to sort his lack of Due Diligence & my listing is accurate.

I also have friends who have operated BNB's for over 25 years who have said not to refund Guests as they should exercise Due Diligence before making a booking.

Suggestions & advice would be appreciated how to address this.

In some cases, the guest still gets a full refund from Airbnb even if a host refuses to give. In his case, he just requested a half refund.

My recent experience as show in this post
https://community.withairbnb.com/t5/Hosting/Guest-wanted-to-cancel-due-to-temperature-and-got-full-r...

The guest called Airbnb and complaint that 22 C is too hot for him. And he got full refund from Airbnb two hours after he checked in. He already showered, used toilet and laid on the bed.

Thank you for your reply, Yes I had read your posts, amongst other useful ones from others in here, prior to my posting this.

The said Guest was grumpy when he arrived & obviously has 'issues'.

That is his choice to be like that for whatever reason & he simply should not have booked my home when it's clear it's shared spaces!

Calling out to the other regulars & others here in CC for advice please.

He will be getting reviewed in an accurate manner..any suggestions what to write?

There is absolutely no reason for you to refund this guest. Your listing was as described. @Alice595

Just message him back and let him known that unfortunately you will not be able to refund him more than the cancellation policy he booked under as the listing was exactly as described.

That you had gone over and above in trying to help him meet his needs when he mentioned he was cold (in a listing that other guests have described as warm and cosy) , including putting the heating on and offering him an electric blanket in addtion to the winter and summer duvet that was available already.

Say you were suprised to his comments regarding 'too much invasion of privacy' as the only conversation had was during your introductory tour and briefly again at breakfast the next morning, which you asked him not take to photos of your living room, which was clearly indicated to him in person and on the listing as a private space in your home not available to guests.

@Helen427 He just sounds like a bit of a miserable git who chose a listing that wasn't a good fit for him personally, probably due to availability during a time crunch. Really unfortunate that you were the victim of his bad choices. From your listing, it seems pretty clear what a guest can expect, and if he wanted a place without interaction he should have picked a whole home or guest suite type property.

I'd say that you're probably not going to get a good review now no matter what, so if you feel you shouldn't refund him, don't. At this point, I likely wouldn't on principle due to him offering a good review in return for a refund. Blackmail isn't okay! Good for you for reporting it, even if nothing comes of it: too bad he didn't say it in Airbnb messenger. 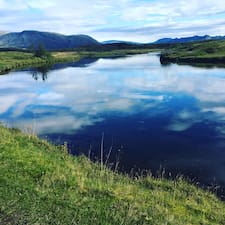 If you have it recorded that the hé would provide a positive review upon receipt of a refund- this is extortion. I suggest you do not refund him and then report any review he leaves and profile to Airbnb.  As a host himself he should not be doing this- it is extortion and under no circumstance should this be accepted.

Hope this makes sense and good luck to you! 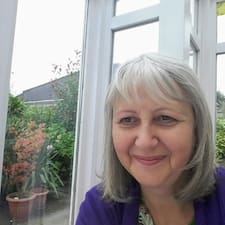 'Private living room' in the amenities means private to the guest - it shouldn't be ticked if you use it when the guest is there.  I know there is a sentence that says it's shared buried in your text description, but to be honest that description is so long and wordy that 99% of guests won't read it all (and it's repetitive - you mention your fast response rate 3 times!).  A lot of it is really irrelevant to a guest who hasn't booked yet, and it just means that important info gets lost. This is not the place for explaining why a nearby mountain has the name it does, or telling people what your job used to be, or exhorting prospective guests to lobby the authorities about the local bus services.

My advice would be to cut it by at least half, probably 70% - info that is only relevent to guests who have actually booked can be given by message.  Your Neighbourhood details are similarly over-long - really, what prospective guest would, care whether a nearby store once sold a winning lottery ticket?!  And there's no need to have photographs showing all the different kinds of bedlinen - guests know that bedlinen changes, so just pick one geneder-neutral set.  As a guest it's really irritating to have to flip through dozens of photos, especially if they aren't even of the property.  Sorry if it sounds as though I'm having a go at you - but information overload leads to guests missing important details and booking an unsuitable property, and ultimately that's hassle for you.