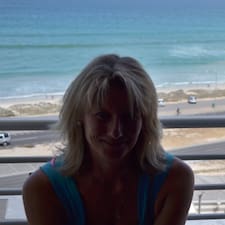 Airbnb blocked all my calendars (for 3 properties) which I only found out about now. I had an issue with a guest 3 weeks ago and cancelled said guest's reservation which Airbnb was aware of and seemed to agree with. Due to this I had/have an open ticket and it seems an investigation. I was not aware of them having blocked all my calendars within the last week though or that there is an investigation. I did send them messages today but am not getting any response. Any idea what to do or how long investigation might take to resolve ?

Apologies I am new to this community.I posted this questions earlier and in error closed it by accepting someone's answer. I was not even aware that I was doing that. So this might be a repost.

My problem is that this is my sole income and with Airbnb blocking ALL calendars I now cannot let my apartments. I am not sure why they blocked ALL calendars and not only the one apartment that had the issue/investigation with.

Can anyone help with info ? I am tearing my hair out. Very frustrating without any feedback from Airbnb. The Airbnb online chat people just advise I must wait for investigation to finish but give zero info on how long this might take. It is destroying me financially. 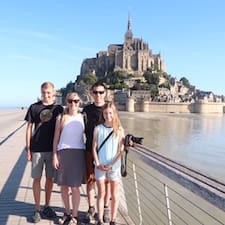 Sorry this is happening to you.  I had my calendar blocked over the summer when a disgruntled guest reported me falsely to airbnb.  It took a couple of weeks before I was able to answer the false claims and get my account reinstated.  My listing was finally put back for reservations, but with a warning that they could remove me again... which was very confusing since the allegations were false.  I now am on two platforms, quickly learned not to put all my eggs in one basket.  It is frustrating and so anxiety producing while you are in the middle of the whole thing not knowing what the problem is and what they will choose to do.

Thank you for feedback.

What other platforms are you using ?

@Nicole544  Frustratingly, in Airbnb's Terms of Service they have carte blanche to suspend listings, remove listings, and delete user accounts at will without supplying a reason, notice period, or appeal process.

That makes it impossible to say what your likely end result will be. I haven't experienced this personally, but I've seen posts from other hosts describing their listings being blocked for about two weeks before being reactivated without notice. What's a little different in your case is that it's not just your listings that are inactive - your user profile also appears to have been blocked (at least it can't be accessed from the link in your Community profile). If this is the case and it's not just a system error, it sounds like the action that Airbnb takes when the guest's complaint is one of personal conduct (e.g. discrimination or undisclosed surveillance) rather than an issue specific to the property (e.g. bedbugs or safety issues).

Did your interaction with the guest end in such a way that they might have retaliated with a serious accusation? 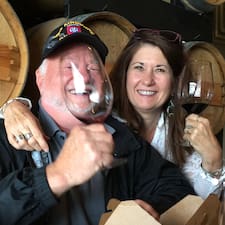 Call them. How can you possibly sit and wait for an answer???