Problematic / annoying guests. Leave a balanced review? How will it affect the guest? 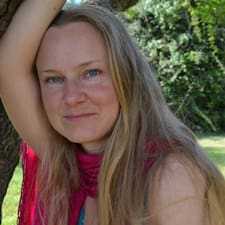 Hello all, I'm fairly new here (6 months) and have been a Superhost since my 6th week of hosting, lucky me 🙂

In the last ten days I've had three stays all of whom were really lovely but all of whom caused a) additional cleaning and b) some other annoyance.

The cleaning added time and annoyance to the clean but didn't disrupt others bookings.

The extra annoyances (by guest) were

1. Took many messages to get a clear ETA when I had expressed that I needed to know to plan things around his arrival (it was to the wire that day!) and then was early so I wasn't quite ready. Also was a clear smell of weed in the night and then after they left. (Extra cleaning issue was particularly yucky).

2. Two bits of damage causing a light/a curtain to not function which they had made little DIY bodged fixes to (quite helpfully) but which weren't reported to me (one of which would have caused further damage over time if I'd not noticed and the other just makes the space look cheap and broken).

3. Getting me up at 5am to evict two people that they'd invited back after a night out and couldn't seem to get rid of.

All of these people were lovely and I don't want to mess with their ability to use Airbnb BUT they were also a bit problematic in various ways which other hosts might want to know about.

I looked in these forums for advice and most hosts said 'you must be truthful for the sake of other hosts'.

So I have left one review which says 'this person is nice and I would host again but the following things were problematic'. The guest is furious and has appealed to Airbnb. I was bland in the review and then sent a private message with specifics, to help them see how they could avoid annoying the next host.

Are they right and am I wrong?

Should I just suck it up with this level of annoyance and give a good review? And if you think I should say something, how to do that in a way which is helpful to both the hosting community and the guest?

Re: How to leave a balanced review. How will it affect the guest?

Note. So far with this sort of guest I've ended up just not giving a review at all...

You should always give a truthful, but objective review.  That is one of the most helpful things that you can contribute to the Airbnb community.

BTW, I am curious how you attained SuperHost status so quickly when the criteria is supposedly a quarterly review that a host has maintained certain metrics for the previous year. quatersupposed to be

The criteria are 10 stays with star rating averaging over 4.8. I started in mid November and had achieved that by Christmas. I do feel very proud of this achievement and I know it's because of my dedication and passion, but also I am very lucky with my location and also do feel like a bit of a newbie in so many ways still! 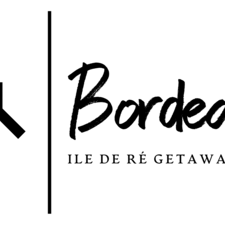 I wonder how many hosts are aware that guests can’t see their star ratings ? I wasn’t until I started read these forums in more detail.

That being the case, my strategy is to keep my written remarks bland and non-confrontational, but give the star rating the guest really deserves!

As a host I pay attention to the guest’s star ratings, and almost none to the remarks, unless there’s an obvious problem and then I start look for more clues in the remarks.

My experience is that there is often very little correlation between the remarks and the star ratings. By that I mean that some guests have very good comments but poor, or very poor star ratings in some or all categories. Given that hosts (myself included) are - generally speaking - often too willing to overlook problems, eg with communication or cleanliness, warning bells start ringing in my mind when I see scores of less than 5.

Personally, having suffered the annoyance of a troublesome guest, I don’t  want to attract more hassle for myself by writing anything likely to trigger a negative guest reaction. But I will no longer hesitate to ding them on the stars, which should be warning enough to other hosts.

No, I don't think you're wrong and that the guests are right. Poor communication RE ETA and then turning up 15 minutes early (if what the guest responded is true) is more of an annoyance. Smoking weed (in a listing where this is not allowed), leaving disgusting messes or causing damage and not telling you, to my mind are less than acceptable. Unfortunately, these things happen more frequently than they should, even when you try to vet guests carefully, and people can become very defensive when brought up on it.

In these circumstances, I would try to word the review in a more general way, but still to let other hosts know there were issues. I would definitely ding the guest in the star ratings. I tend not to bother with negative private feedback unless there has been a major issue.

Issue no.3 is totally unacceptable, however. I would be furious if this happened to me. I am not sure if you allow unauthorised visitors at your listing but, if not, this is a major breach of house rules. Dragging you out of bed at 5am to deal with a problem they had created is not okay at all. More importantly, these guests put you in potential danger. In this case, I would be very specific in my review and calmly/succinctly outline exactly what happened.

That's just my two cents though. I used to leave reviews for all my guests, and still leave one for everyone who reviews me, but if a guest was annoying in small ways and I was happy to see them go + they don't review me, I often don't bother. The things that annoyed me might be fine with lots of other hosts who would be happy to get the booking. Where I think there were bigger issues, like the one you mention in point 3.) then I feel like other hosts need a warning about the guest.