Problems with a new listing 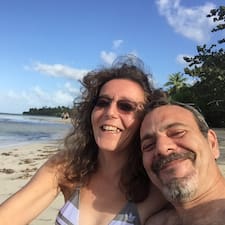 Hi all, I already have several listings in my account but today I am not able to go online with a new one. It gaves me an error "add your cancellation policy" but in the steps for the new listing, I really don't see it anywhere! is that a glitch and should I get in touch with Airbnb assistance or simply I am blind and I don't see it?

Thank you so much...I was really going crazy! 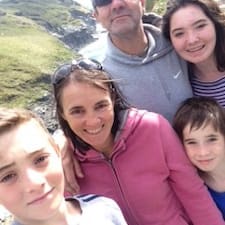 Hi I think I have completed the listing but my house in Sciez, France does not show when I search for it. How long does it take for it to be "live" please? 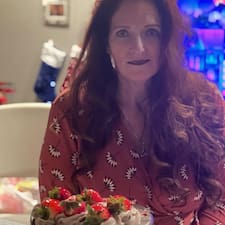 My name is Nae  and I live in San Diego, California-I made on Sunday the 8th a little over a week ago a reservation in Washington DC to peacefully attend the Women's March on Saturday the 14th of May. I had used your site recently for Hawaii in March and not only found it easier to use, (I ended up adding on extra days) but also recognized it did not have hidden costs that a person would find out after booking. I also liked that there was an insurance guarantee if something happened not only for me the renter but also the host of the property; and that truly impressed me.

I paid up front for 7 days and 6 nights for a total of $893.32 and the only request I truly needed was a kitchen as I have an ongoing health issue and need to cook my own food. I also made sure there was parking to accommodate my rental car. My confirmation number was HMNDFXM8RY.

I was so concerned as this was a new rental to your site, but knew Airbnb had to have "vetted" their hosts who used the site, that I messaged the host of the property at 2:07 Pacific time, about my concerns that it was a new rental with no reviews, and that there truly was a kitchen along with parking-literally and I mean this; I received with the same time stamp of 2:07 Pacific time, a response from Evolve, the company who actually was handling the rental on Airbnb's website-verifying all would be fine.

On the confirmation it stated how to get in, who to call if anything happened etc.,-Off I flew ALL day as planes do not want to have empty seats on them, so I had two layovers. I arrived at the rental right before midnight and could not get into the property. I reached out to "Charles" who is listed on the confirmation twice (first time no answer, second time I left a message, but there was no mention of Charles and/or Evolve on the recorded message). I email Airbnb and Charles and end up having to find a hotel after midnight no less for truly the day before as it is trying to find me one night starting that day to the next day, Friday.

I came all alone to DC, I know NO ONE here at all. If something happens who do I call to help me out- AND I can NOT get a live person on Airbnb. I have everything documented via screenshots showing all the calls etc. I went to the Pentagon Sheraton-they were sold out (Women's March, Police Officer recognition week for the entire United States along with the biggest 5G telephone convention happening all at the same time). They were nice enough to call their sister property, who did have an opening for $499 for just that ONE night without taxes added on yet. I had already paid for an entire place and I am now going to have to find at least one night's accommodations as well? I went onto Expedia-found a room at the Redroof in Oxon Hill, Maryland-and I paid out of pocket $129.27. When I was settled into the room at almost 2 in the morning Eastern time-I reached out to Airbnb explaining in detail as I had a link stating had it been resolved, to say-"no it had not and that you and the host needed to resolve this as I needed to go to sleep."

When I awoke at 10:45 NOTHING from your company and or the hosts-I was being asked to leave by 11;00 but they gave me 30 extra minutes and I called Airbnb where Shay helped me resettle into a new place-but there were and are still concerns about this. I was given a new place, where I had to "hang-out" from noon until 4, as the owner could only let me in until 4. Your company was in the process of refunding the old reservation and wanted me to pay the same amount for the new place. BUT I also had paid out of pocket for a hotel room, I am having to pay the same amount for one night LESS, and when it came time to pay the amount I was actually financially responsible with as $1,000 is I was told this is your limit to help it appears to help me out with-even though that is not what your site states, the amount was $967.68 but also I thought it would go on the same card I booked the first property with and it did not-putting me now over my limit on that card that was actually charged for the second booking. At this point I have paid for two Airbnb rentals-one in fact costing more-along with a hotel room for one of those nights.

So here is the issue at hand-your customer service team since FRIDAY has and will not respond to all the emails, and calls I have been placing. Why do I have to spend so much of my time reaching out to your company? You stated on your website that you would take care of me. Is this how you do it? I have sent twice to two different people (via my Airbnb account), all the things I am stating, as I was asked to do and did, and can prove with screen shots of calls, to the Evolve team, to Charles, to Airbnb, the hotel rental, the two different rental amounts, the over the limit notice, and also you can see this on the website.

One person, via a message on the site, said she wasn't basically going to compensate me for emotional duress, where did I ask for this to be done-NEVER? Since then I can not get ANY response from ANYONE at your company. You are headquartered in California, and you are quite aware as am I, that "bait and switch" is not something California tolerates at all.

Yet here I am again-6 days later, more pissed off; at least respond back to me-that would just be a decency action here. Why am I AGAIN having to chase your company around to get answers you should be providing?
Seriously, this total issue caused me to lose an entire day of my trip-Friday. Not to mention if I need a kitchen do you think going the majority of the day was good for me-even though I was in the new place around 4 I still needed groceries.

So this is how I see it as to what I am still owed by your company:

Amount I am owed just by sure decency is $484.52 (this does not include tolls to get to and from the hotel nor the over the limit fee)

Where am I asking for anything excessive? I truly can not believe a company of your statue especially after the article of August 1st, 2011 published in BusinessInsider-where you admit you did not take care of a host but also were taking steps to have 24 hour customer service as well-you were making changes so things were handled better in the future moving forward. Is it because I am a client that you choose to treat me differently? If possible I would also like the credit moved over to the credit card I paid the second rental on instead of the 1st on I booked the trip on as I had paid it in full on my card.

I truly do not think anything I am stating is that difficult to respond to. You have my Airbnb account to see any and all receipts except the final credit card statement for the tolls, over the limit fee (if actually billed) and the parking. Everything else I have provided not once but twice on your site.

I just do not understand the lack of actually being allowed to speak to ANY supervisor when I asked as of today and late last Friday evening Eastern time-why no one is responding or getting back to me? I'll be very honest it had affected my trip and more so how I look at your company now.

My phone number is 619-XXX-XXXX and my email is @XXXXXXXXXX@gmail.com if you need to reach out to me.

Thank you for your time in this matter-