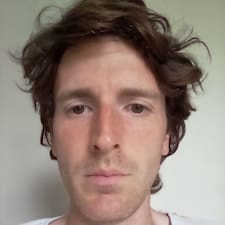 Declan49
Level 2
209 Views
The host said they had WiFi and it's on their amenities list but it's just a hotspot on his phone so when he's not there it's not available. When I got there he says he'll get it fixed in two days, two days go by, now he says he has to get it delivered and he doesn't know when it'll be here...
Also, his hot water is not working, when I got there he says there was some "trick" to get it working. So he turns the heating on and has to run his kitchen tap to get his shower warm, only the pressure is extremely weak and when I turn the shower tap to get more pressure it just goes cold, I turn it back to the hottest side but it's cold as well.
He actually admitted to me he has to get it fixed and that he's been taking cold showers since before I got there and that I'm the only one who's gotten any hot water at all. There doesn't seem to be hot water in the taps anymore and I tried his "trick" the other day but it was just an icy cold shower.
I'm supposed to be here for a month, I reported it to Airbnb and got passed around to a bunch of support people who have said a myriad of different things. Recently they're just kind of saying they're "reaching out" to the host, who seems to be avoiding answering or has said that there is hot water, so he's lying, as well as Airbnb seemingly not giving a rat's ass about the situation.
In the meantime I've been staying at his mom's house but she's not here and he kind of says, we'll stay for a few nights, then one more night, then maybe we can stay a few more days. It's just extremely difficult to not know how long I'll be in a place, while having to go back to his other place to get my clothes or do laundry or to get food since it's all back there and the WiFi and hot water is all here.
It's been going on for a week so far and I'm concerned Airbnb probably will drop the ball like they usually do and I'll have no recourse to do anything, when I just kind of thought the stuff I paid for is supposed to just be there so I can get on with things.
0
Join the conversation
37 Replies

@Declan49   Yes you're absolutely right that what you paid for is supposed to be there. Nowhere in Airbnb's Terms of Service does it say that the host can just randomly move you to his mom's house. But when you contact customer service, it helps to be very clear about what specific outcome you're requesting. It also helps to have the key communications with the host documented in Airbnb messenger so you have evidence of reporting the problems and the host failing to act on them.

You certainly have grounds to have the remainder of the stay canceled and refunded, but was that specifically what you requested from CS?

You'll also have the chance to leave an honest review about your experience. I can't help but wonder what it was about this extremely chaotic host's listing inspired you to book a month there in the first place.  What did the previous guests say about their stays?

Well I just kind of asked them what they do in this situation and got many different support people because they seem to stop replying and then another comes and does nothing again. One did mention aircover and I asked if they help find a place because I saw it says they're supposed to find an equivalent or better place and I didn't see any available places within the price range of the refund but then they stopped responding and the next one didn't seem to follow the thread and didn't do anything either.

Only read a few reviews, one person did say the WiFi was on his phone so I specifically asked before I booked if it was not available when he was out but he said that it was available in the meantime. It's 4.20 star from 32 reviews.

My apologies, but I won’t be able to respond to this query until tomorrow.

And another saga started with another one of these persons unknown.

What the hell, why are they removing the screenshots, there's no private information in them.

@Quincy   @Stephanie   @Lizzie  they said I should tag you to find out why the screenshots are removed. They say conversations between support is private but these aren't personal conversations, it's simply regurgitated company policy, nothing really private occurs during these conversations and I believe they should be exposed when not fulfilling their duty so others can compare experiences.

Can I quote the conversations instead of posting screenshots?

I don't really know how tagging works but sending a message didn't show up when I tried it from this page.

Sorry you are having this experience. Certainly, I would expect Airbnb to take it more seriously when important amenities like WiFi and hot water are not available. However, it's quite difficult to prove the non-existence of things! This is why you should always communicate with your host about any important issues/problems via the Airbnb messaging system so there is a record of what's going on. If you haven't done so already, start messaging the host about these problems via this method.

"• If the listing description wasn’t accurate about significant things. For example, if the home is missing major advertised amenities (like a fridge), it’s a different type of home, or it has the wrong number of bedrooms.
If an issue does come up during your stay, you'll first need to contact your Host to see if they can easily resolve it. If they can’t, just contact us within 72 hours of discovering the problem. If we find the issue is protected by AirCover, we’ll get you a full or partial refund or, depending on the circumstances, find you a similar or better place to stay."
So, did you contact Airbnb within 72 hours of discovering the problems? Go back to CS and quote the above policy back to them. Tell them that it's been a week now, so the host has had ample time to resolve the problems, but is just making excuses and that they need to relocate you to a habitable listing ASAP.
I do have to ask though, are you simply booking the cheapest places you can find? I haven't seen the listing you are staying at and don't know what the previous reviews were like or the star rating, but the one you stayed at before, where you left a long list of complaints and got some sort of refund, looks like a bit of a dive and the reviews are not great.
I'm not saying that you shown't expect WiFi (if advertised) and hot water at a budget listing, but in future, if you can, try to be a bit more selective! Pay attention to the reviews/ratings, look for clear photos and proper descriptions and ask plenty of questions. You can tell a lot about a host (or guest) by the communication prior to booking.
0
Reply
Loading...

Ya, I reported it within 24 hours of arriving and they passed me around to many different support people who said a bunch of different stuff, but they just seem to stop responding then another random person does nothing just like the rest of them.

The host just kind of told them there is hot water and seems to avoid responding to them for as long as possible and they don't seem to care or do anything about it.

I am looking for cheap places, this one is 4.20 star from 32 reviews. Didn't realize you could see my previous reviews from this post, that previous one was 4.14 without any big complaints but only 7 total reviews...

Believe it or not, 4.14 and 4.20 are very low scores on Airbnb. I know that with most other rating systems, anything 4* and above would be considered very good, but the Airbnb system is similar to Uber, where 5* = good/excellent and anything less is considered not up to scratch.

To give you some perspective, the Superhost requirement is to consistently maintain a 4.8* average or above, and this is assessed every three months! At the same time, we are told 4.7*  or above is the minimum standard. Obviously, Airbnb is allowing listings that fall below this to remain on the platform, but even one 3* review, or a few 4* ones, can result in warning messages and threats of suspension/delisting if the host does not buck up.

In future, look for listings with 4.5* and above but, more importantly, pay attention to the reviews. One bad review out of many great ones is an outlier and there was probably a problem with the guest rather than the host, but when several guests complain about things, even if small, it's worth paying attention. Sure, you get what you pay for, and you can't expect the Mandarin Oriental for Motel 6 price, but that doesn't mean the host can't have 5* for communication or check in or cleanliness, for example.

Ok thanks for the info about the ratings system, it's very unintuitive to think of 4.20 as very low and it's really not made clear at all when booking.

You are right. The star ratings are problematic. It is something that hosts have been constantly complaining about for years. 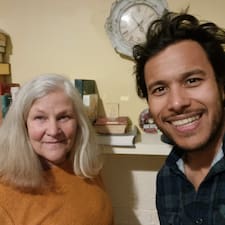 @Declan49 where to start ?honestly Declan to say you are wet behind the ears is not even a joke. You are entitled to get your money back because the listing was not as stated on arrival.You,ve moved into his 'mums place ?Crikey . he wants to keep your money and now you have made friends with him . he is a scammer and yes you are entitled to have everything there as was in the adverisement . Look for how to contact Airbnb and look up your reservation number and ring them again and state clearly and repeat it . I cannot stay at ,whatever the location is ,because there is no hot water or Wi fi , as advertised . and then say , I have moved out and into his mums house , give the address and say clearly that this is not an Airbnb. He is not functioning as a host and neither is the house . He just wants my money and get all this on messages from him or as much as you can because that is the only proof you have. If you have wifi then use it . H

Ya, I feel like I said all this to the customer support but they aren't doing anything about this very strangely...just have not responded to multiple messages the past few days. They just kept passing me around to different support people initially and didn't do anything either.