How to review guests who ignored rules and stained bedding 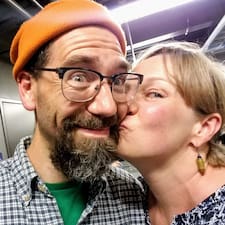 We have been hosting  for 18 months and stay fairly full, so we aren't exactly new to this. However, I would appreciate input regarding a review I have yet to write. At present, the guests have not reviewed their stay and I am waiting until the 11th hour to review them. When they booked, they sent a LONG list of questions about the house, to which I responded cheerfully and in detail. When they arrived, they were both a bit flat, but that isn't a first. They also asked about laundry because a bottle of something soapy opened in transit and spotted a sweatshirt--presumably they hadn't packed much extra for their weekend. I told them where the laundromat was a few blocks away, but then, since I really was doing laundry, offered to launder it for them (probably won't do that again). Sweatshirt came out fine, for the record, but their responses to messages remained flat and efficient for the duration.

After they departed, I found bloody sex stains on the sheets and through to the mattress pad of the bed where they presumably slept (which was left unmade per our departure instructions). While this IS actually the first time we've encountered such extensive stains, it wasn't a huge deal and the bedding laundered fine. HOWEVER, just before our next guests arrived that evening, I noticed blood stains in the middle of the coverlet in another room. This bed was still made and did not appear to be slept in or even sat upon. I was admittedly agitated.

While I can excuse the "spills" on the sheets, it appeared as though they actually tidied up the other room after their romp. I sincerely hope we didn't miss any stains on the furniture, but having the upholstered furniture professionally cleaned moved up on my to-do list. Also worth noting, I had just laundered the stained coverlet and even told them it was still a bit damp, but would dry quickly. All were aware it was clean when they arrived.

So my question is this; how would you rate these guests and how would you word the review? In addition to agreeing to the rules when they book, we also have the departure checklist posted by the door. The checklist states that guests are to leave all beds that were slept in unmade so we know to launder the linens. I suppose one could argue they may not have actually "slept" in that bed... smh. I am so grateful for the excellent guests we have grown accustomed to hosting and would definitely want other hosts to give me some glimmer of a clue that guests might behave in such a way. I do read guests' reviews. And if there are less than five stars in any area, I note which areas so I can be mindful. If it is cleanliness, I am a bit more vigilant when I clean, etc. While I DID notice and we were able to swap out the bedding before our next guests arrived, if this had happened early on, we may not have had enough extra bedding; it took us awhile to build up a system and have a supply of extra linens on hand.

Thank you in advance for input. The Community Center has been invaluable on several occasions, but since I didn't find any prior comments that fit this situation, it seemed worth asking for help.

I guess this kind of thing is just something we have to accept as hosts. People do use the whole of the apartment/house when they pay for the whole place so stains like that can occur and is probably mortifying for the guests as well.

It does seem odd about the second bedroom and they should have left it unmade. But I guess you can’t rate them down for the odd behaviour.

My tip for you in the future is to wash all linens regardless. Because you never know what people have done in a room that seems unoccupied.

As a guest I would feel a little uneasy about your check out note, because I then realise that the bedding I am about to sleep in could have been on the bed whilst the previous guests were there. Lots of things could have happened. A hair flying through the air could land on the bed and I would consider it unwashed. People could have kept their luggage on top of that bed, or other clothing etc etc. I actually expect my bedding to be absolutely super clean, and fresh before my arrival, so your note would make me a bit suspicious.

So I would advise you to do your cleaning routine a different way.

Either wash everything anyway, or like we do: only provide bedding for the number of people who are staying. The beds that are extra only have a fitted sheet on them, which we always wash between guests. In case someone wants to use that bedroom they carry the bedding from a different room. This saves you the amount of washing, which I can only assume is the only reason you write that in your check out note. We leave a note to tell guests that we can provide extra pillows and duvets if needed.

Hope this is helpful 🙂 Good luck!

@Synnove0  I don't read anything into that check-out note that would lead me, if I were a guest, to assume that the bed linens weren't clean. I think it's perfectly reasonable and I know other hosts have similar check-out instructions. But only making up beds for the number of people who have booked is certainly a good idea.

@Adam-N-Kam0  I don't think I'd mention anything in the review, but I would send the guests private feedback as to how to behave in the future, letting them know that in addition to the stained bedding you found on the bed they slept in, there were also stains on the other bed that you know weren't there before they checked in, as you had freshly laundered everything. And that it would be prudent of them in the future to either confine themselves to one bed, or notify hosts that they have also used the other, even if they just sat down on it for a few minutes. Some hosts with entire place listings actually lock whatever bedrooms haven't been booked, but you'd have to make clear in your listing that this is the case, and re-iterate when guests book, just so they can't give a bad review based on it not being an "entire place" , as they weren't given access to all bedrooms. 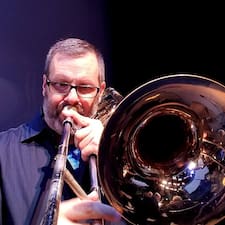 I would let it go and either not review them at all or give them a review based on the whole of the experience.  I personally think sending them private feedback about the stains or "behavior" is pointless and potentially embarassing for them.  What is it you would hope to get out of that other than just feeling good that you said something about it?  Stains happen.  It's just part of the gig.  I can't count the stains I've cleaned.  I always change all bed linens for every new guest, without exception.  I also buy linens that are a good value for quality and price because I know I will have to replace them at some point when I can't get a stain out, and I have at least three sets of everything in case I need to do a quick swap.  I purchased a small wet cleaner to clean rugs, upholstery, mattresses, etc. as necessary.

I'd just be honest and factual - "A bit more effort than usual was needed to clean up after these guests checked out. Thankfully there was no permanent damage but I would not welcome these guests back"

While I agree stains come with the territory.......doesn't mean the way those guests behaved is acceptable. Maybe some hosts don't mind a bunch of stained sheets.... but I know I would be. Would they leave a stained bed like that if they were renting a cabin from their boss for a weekend getaway? or after staying with their MIL during the holidays? So~ disrespectful~~

Thank you for your response and the suggested wording. "A bit more effort than usual was needed to clean up after these guests checked out. Thankfully there was no permanent damage but I would not welcome these guests back." This is precisely what I want to say and I will save the verbiage for when it is needed in the future. To date, we've had 200+ bookings and  there have been fewer than five I would prefer not to host again.

Upon reflection, I decided to revise one sentence in our house manual to include the word "stained."

"If anything is stained, damaged, or broken during your stay, please notify us right away; it happens, but we do want to know so we can address it in a timely manner."

I think that revision--coupled with the unchanged item below from our departure checklist--is clear (provided guests read), but I am open to feedback.

- Leave any beds that were slept in unmade. If you used any extra bedding, leave it on the bed, so we know it needs to be laundered.

Thank you to all who responded. I know hosts' standards vary significantly, but based on guest comments and reviews, what we are doing is working the vast majority of the time. 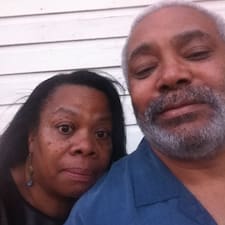 After hosting for about three years, I just had the exact situation happen to me with our latest guests.  That's how I landed here, looking for advice on how to approach this.  I think it is extremely disgusting and disrespectful for guests not to at least mention it.  This is my HOME, not a HOTEL.  There is no housekeeping staff here!  I think they should have at least mentioned it, apologized, and offered to replace the sheets.  I do plan to mention it, using the wording suggested, and if the stains don't come out, I will request the cost of another set of sheets.