House Rules Broken - What is going on here? I'm so confused... 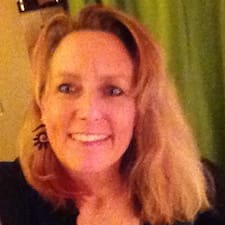 Late last Wed. night, I had a guest who broke the non-smoking house rules a couple of hours after arriving. I saw him smoking right outside the window (the smell caused me to go outside to check it out). I am alone in my house and it was midnight and I didn't feel comfortable confronting him, plus he quickly went into the cottage, leaving his lighter on the table. So I called Air Bnb (ABB). First I agreed to have ABB just remind him of house rules, but the next morning after I slept on it I decided I wanted him to leave. Wait... there's a history...

I had smokers inside the cottage once and it look a couple of months and a huge amount of cleaning and work to get smell out. I didn't want to go thru that again!  I have limited free time: I have a full-time job and run two ABB listings as a Superhost, all by myself. And this current guest was smoking in front of the open windows right after he arrived.

Also, a few months earlier I had consulted a friend who has lots of ABB experience about a previous experience I had with guests who (I think) were a troupe of drug dealers who used the place to package drugs and my friend said my mistake in handling that situation was I didn't kick them out immediately when I saw one of them breaking my house rules and smoking on the side walk (the no-smoking-anywhere-on-the-property rule is not just about smoking but about disturbing my neighbors). So my conversation with my friend led me to believe that the best way to deal with a guest who breaks a critical house rule (I'm super allergic to cigarette smoke) is to ask them to leave. It felt a little extreme, but I thought if ABB found him another place to stay, it would free up those nights, someone else would probably book them and I was willing to give him a partial refund, even though he created the situation in the first place. So Thursday morning, I messaged ABB and told them, after thinking about it further, I decided I would like the guest to leave.

I ended up on the phone with ABB for about 2 hours total on Thursday, while trying to do work at my regular job. ABB passed me off to six different case managers over 2 days. Many of them said they were just about to leave on their weekend, so there was no continuity and nothing being done to resolve anything. On Friday, I finally learned (from someone in this community) the magic words I was supposed to say to ABB and I asked them to "cancel the reservation" to free up those nights so I could maybe give the guest a partial refund. I also texted the guest on Friday to ask him to cancel the reservation and he said he would call ABB (the guest had left without incident on Thursday at 6 pm). It's Sunday morning and ABB has still not cancelled the reservation.

Last night at 5:30, ABB messaged me saying there was a "complaint" about surveillance at the cottage and that my account is "limited while we investigate," which I think means I can't take any more bookings. The complaint was connected to the smoking guest reservation. They asked me for documentation about the surveillance and that it's required to have the info in House Rules. Well, a while back when I got the cameras, I checked the box in House Rules that says there is surveillance so I disclosed it already. Last night ABB called me around 7:30 pm - Saturday night on a long weekend - and I asked them to call me back today Sunday at noon because I was visiting friends and it was not a good time to talk.

Around 11:30 pm last night, I entered more details about the surveillance into my two listings' House Rules section to try to satisfy their requirements, although the character limit in this section of the listing requires brevity. Basically, I have three outdoor motion sensor cameras/lights/alarms, one on either side of the house and one on the back deck, and I got them because of a huge increase in burglaries in the area. I also have a bright yellow sign at the entrance of each listing saying "You are on camera."  The two signs were installed before I even created my ABB listings. The cameras do not record anything indoors at all. No guest has ever mentioned anything about any of this until now.

I called ABB today and asked for a case manager to resolve the surveillance issue today, but they said the case manager who sent me the message last night is still working on it but off until Tuesday 9/3 (sounds like case managers call  you at the end of their shift almost every time). Meanwhile, I can’t take any further bookings until this gets resolved… I rely on ABB to pay my mortgage so it’s pretty serious. Luckily, existing bookings won’t be affected.

Why wouldn't ABB cancel the reservation, help find the guest another place, and then I could have refunded him partially? That seemed like a win-win to me. His reservation was for 5 nights and he only stayed here for one night. Do I owe him a refund for the four nights he wasn’t here?  This seems unfair since ABB would not cancel the reservation and I wouldn’t either because it would take away my Superhost status.

Why are they interrogating me about surveillance when I already had it in my house rules?

Please be kind to me in your responses because I’m trying to do the right thing and I am so stressed about this...

Smoking guests booking a no-smoking property seems to be an ongoing nuisance.

First i do not understand these guests, as they expose themself immediatelly as a person who can not be trusted, as why book such a property anyway ?

IMO the best strategy is to confront the guest with the non-smoking policy and give 2 options:

1. Do not smoke or 2: Find another place and offer to shorten the stay (which is more friendly and flexible  then cancelling)

Calling Airbnb will result in annoyance (as you described) and i also think Airbnb should not be bothered with such problems before trying to work it out with the guest. Also guests do not like it if you contact Airbnb without adressing the issue with themself in the first place. Then the "retalliation" wakes up and now you are finding yourself in more trouble !

As the guest has left, i think Airbnb shoud cancel the reservation asap, because continuation is useless and the refund process only will be delayed.

About the camera's: I hope situation will be resolved soon, allthough such issues are taken very serious by Airbnb, what i read on the commuity.

@Carole212  I think Emiel's advice is good- just as a host should be notified by a guest if they find anything not working or not right, giving the host an opportunity to correct it, if your guests are breaking house rules, it's best to just start off by talking to them about it in an easygoing, friendly way, which may alter the behavior. Best to do it by message, rather than verbally, so there's a record. "Hi XX, I'm very sensitive to cigarette smoke and noticed you smoking right outside the open window last night. I do appreciate that you didn't smoke inside the unit, but my house rules state that guests are not to smoke anywhere on the property, so could you please go outside the gate to smoke. Even a bit wafting in gives me a bad headache. Thanks a lot."

That could totally do the trick if the guest isn't just a jerk, and if they do ignore it, then you could send another message saying that if they won't respect your no-smoking rule (or whatever rule they're breaking), it would be best if the rest of the reservation gets cancelled and they find another place more suitable for them.

And yes, what a drag that Airbnb has paused your listing while they investigate. The camera thing they seem to take very seriously, and why they can't just read through your listing to see that they are, in fact, disclosed, which would take only a few minutes, is a mystery, but they do this all the time. Good luck with getting it resolved ASAP. 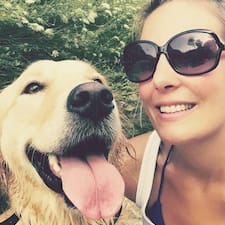 @Carole212    I had a very similar situation, however I arrived home to my upstairs unit completely "hot boxed" since we share the same vents as the downstairs unit.

I immediately contacted Airbnb first (I had my mind made up that this guest was being asked to leave). Airbnb tried to talk me into working something out for him to stay. I was very stern with them and advised NO my house was hot boxed and we are a non smoking property. They agreed to call the guest and asked on my behalf for him to leave the property as his reservation was being cancelled for breaking a house rule.

The guest left with absolutely no issues. He was not refunded for the one night stay.

Unfortunately your guest must have been pissed and used the camera thing against you.

I also have cameras on my property and have it stated in my listing.

You did nothing wrong and it sucks that Airbnb is giving you the run around.

I wish you all the  best!