Unfair cancellation from guest and I get punished 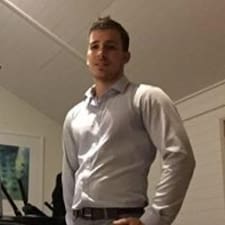 Just had 4 guest who first of all came 3 hrs early without notifying me (even though I asked what time they expect to arrive and didn't respond) and expected me to drop everything and check them in while I'm at work, luckily I was in the area so was able to

Then 6hrs goes by then they moved in, cooked food made a mess, brought mud though the place on brand new carpet, had a sleep in the beds and left a mess in the kitchen

Out of no when I go over to drop more toilet paper stating they going to cancel and don't want to pay as one of them found a bug, I ask what type of bug and I could only think a fly as they left the doors open and the place is brand new, next minute the story is no a bug went into my son's ear place is dirty, insisted its brand new and place is clean advised they are more than welcomed to cancel but they will still need to pay for the first night has they have been there for 6hrs at this point and didn't say anything till now, they went on to say not good enough advised if I could clearly see these bugs I would agree with them but couldn't provide any proof as obviously there was no bug and just had a change of mind on the accomdation and don't want to pay

I straight away advise Airbnb support regarding the incident and how they are just abusing the refund policy to get out with fulse statement, 3 hrs later the guest makes another story up to air bnb support it's being the mattress is dirty and has a stain on it, I get slap with a host cancellation and 10 days blocked out which they booked because of them pulling at straws on a way to get out of the booking

Had a gut feeling from the start when I saw they just signed up and had no reviews it wasn't going to go well, definitely put me off from ever giving another new user to airbnb a place to stay

Think it's completely unfair how one sided this is and that no one will give me a call to discuss, someone from Airbnb please contact me

I investigate and question any and all requests that:

3. Request a dinner party not a "party, party" with a no party policy.

4. Do not have any reviews or have negative reviews

5 Ask to smoke inside and pay more? What? or off-grounds ( so in my neighbor's yard?)

6. Give too few details when asked about their trip or stay.

Yes thanks, I definitely won't be booking first timers again

Your experience is really a shame but I would not necessarily put it down to first time guests. We have had many guests with no reviews and, touch wood, all have been very nice and looked after our place well.

I am sure that this will experience will be forgotten once you have more good guests!